The GRLG Light Rider is a cargo bike fitted out for use as a mobile audio-visual unit. It is equipped to hold the necessary gear for BlitzTag sessions and can also be used for political actions and other public interventions. The Light Rider allows for easily mobilizing groups into spontaneous actions that are not fixed to a single location. 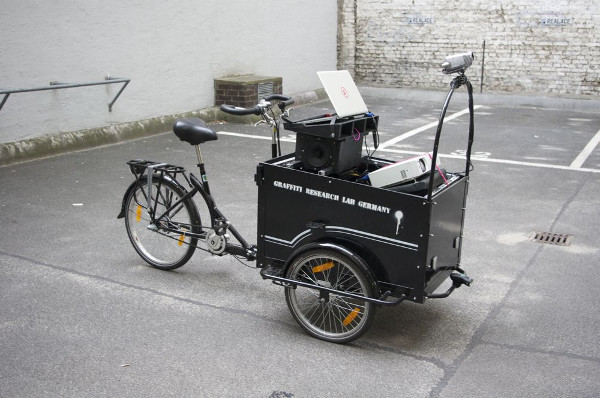 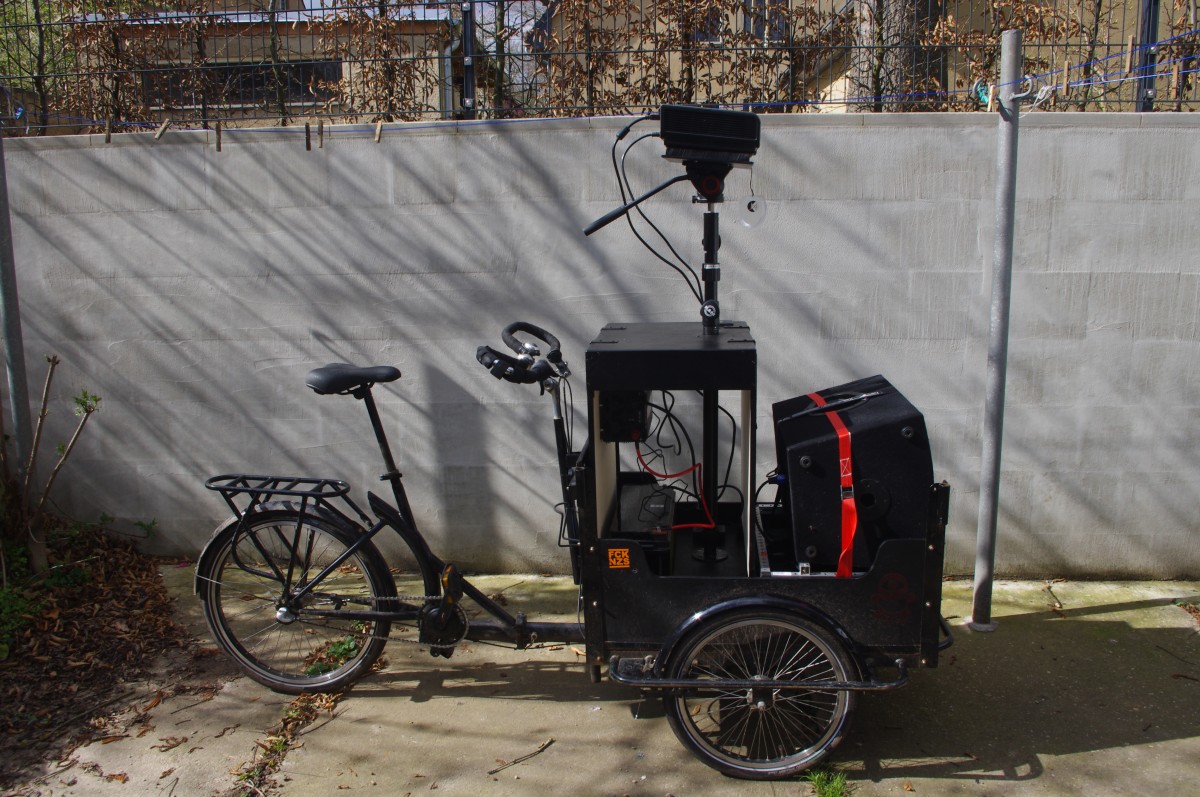 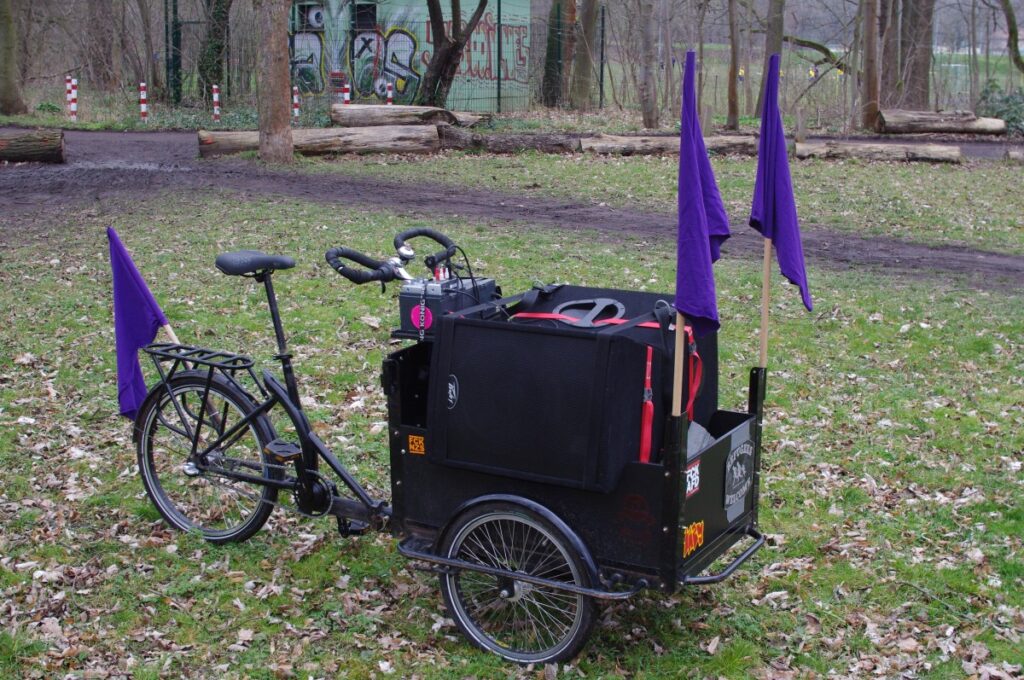 If you want to use the Light Rider for political actions or non-commercial cultural events, contact us.

The Light Rider has been funded in part by [Aktion!Karl-Marx-Straße] and the Awesome Foundation – Berlin Chapter